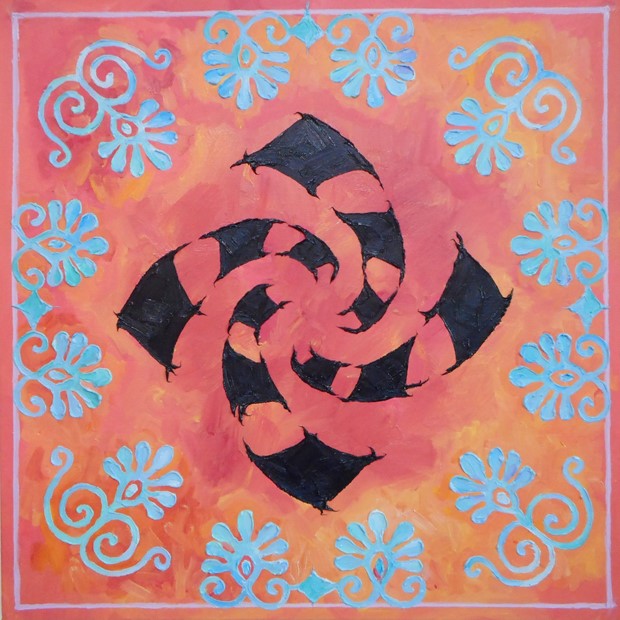 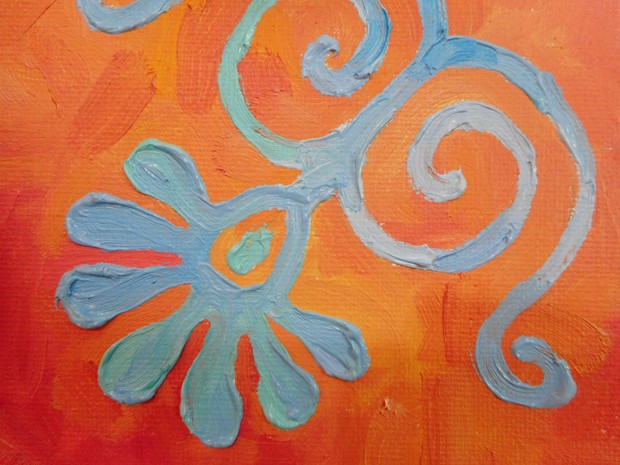 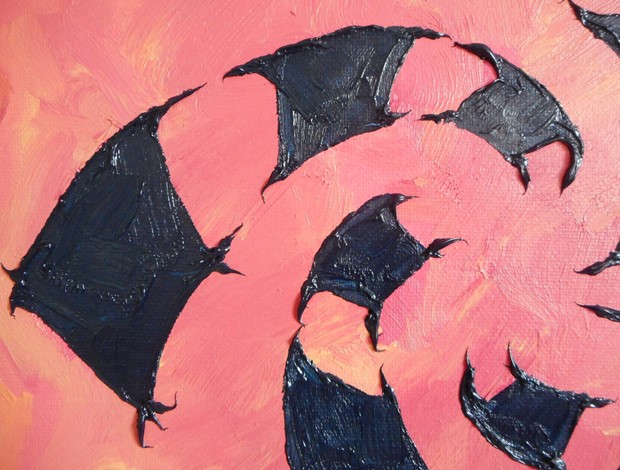 “Furies One” continues the theme of revenge and retribution explored in the Clytemnestra series. The iconography pilfers from texts from Aeschylus, Homer and Euripides and on the decoration of both black and red figure Greek vases that illustrated myths and which, perhaps, refer to lost paintings.

The Furies, a.k.a. The Erinyes and the Eumenides, pursued and tormented wrong doers; descriptions vary but agree that they were horrendous female immortals.
Oil on deep canvas