Concepts I believe colours have a psychological impact through our visual sense. Every change in the way artists paint light (i.e. colour) reflects the evolution of our civilization. In Art History we can see how the way artists use colour has changed. It reflects their time and space - very different from any other time or space. It also captures the tension between the outside world we live in and 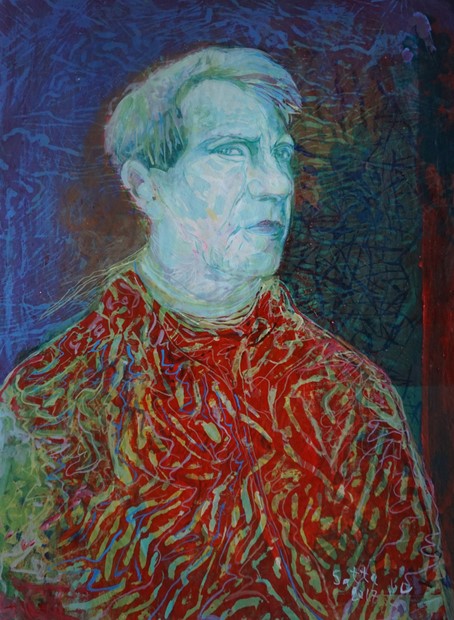 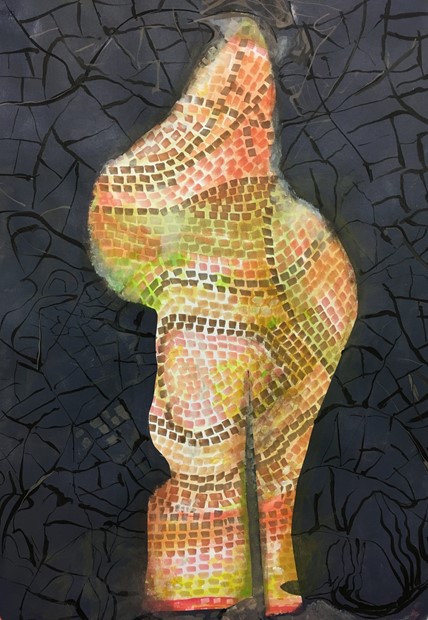 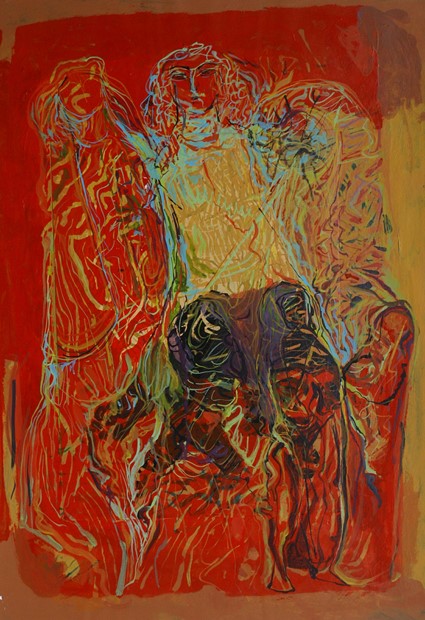 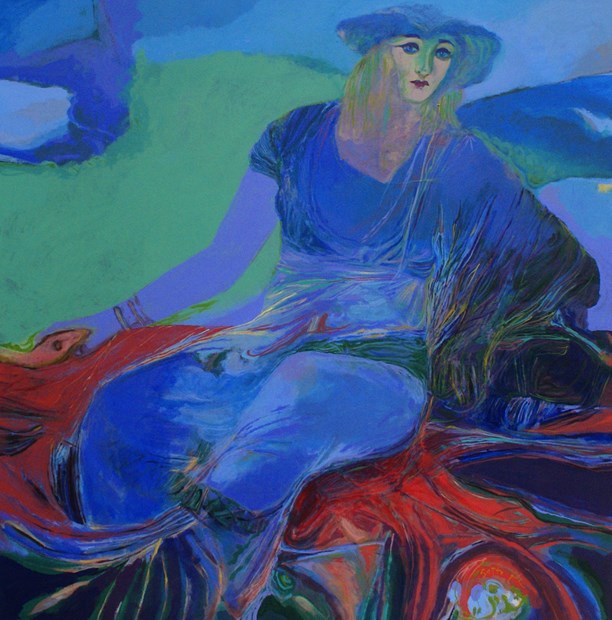 "The Revolution Will Not Be Televised", 2016 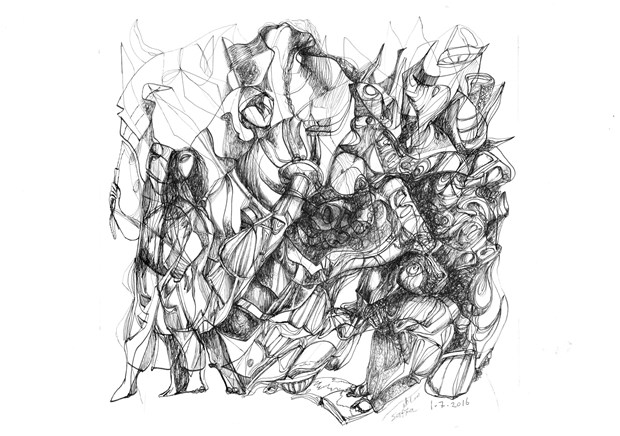 Concepts I believe colours have a psychological impact through our visual sense. Every change in the way artists paint light (i.e. colour) reflects the evolution of our civilization. In Art History we can see how the way artists use colour has changed. It reflects their time and space - very different from any other time or space. It also captures the tension between the outside world we live in and the world we see inside. I use colour as a communication tool between me and seen and unseen objects (e.g. feelings). The motives of my paintings actually come in third place after colours (the quality of colours) and feeling (the depth of feeling and perception of feeling). Concrete or abstract forms come third. It is best to see my paintings first as colour, second as feeling and only in third place as whatever objects might be discerned. Influences Light and colour, iconography, science, environment, poetry, Mesopotamia-Iraq, Russia, Scandinavia, Crete Career path I was born in Iraq, near the sites of Ancient Mesopotamia (such as Tel Asmar). My early influences came from visits to the Baghdad Museum and, more generally, the Iraqi cultural heritage. I left Iraq to study Fine Arts first in Algeria and then in Russia. These two specific places put me in 'culture shock'. It was hard for me in the beginning to adapt to the new mentality and way of thinking. That is why, between 1979 and 988, I had a crisis relating to how I could see myself and the world. When I got my MA in Mural Painting from Leningrad I move to Sweden. One and half years later, the Gulf War broke out. This 43-day war changed my life forever - it put a stop to life as an adventure and started a life of question marks. During the 43 days I saw how my lovely cities, including Baghdad, were bombed. I saw the destruction of my memories. During this time I created 43 drawings and a day-by-day diary. These drawings were a turning point. When I later heard that most of my school friends had been killed and most of my best loved places had been destroyed, the quality of the colours in my paintings changed and became more meditative and subdued. Since August 2000, I live in England. The cultural atmosphere and the new society around me has given me the opportunity to see colours from yet another perspective. I will need another two or three years to evaluate this change in my painting. Collections The British Museum, UK Museum of Contemporary Arts, Kaleningrad, Russia Leicester Museum & Art Gallery Stockholm City Council, Sweden Handelsbanken, Stockholm, Sweden Many private collections in Russia, Sweden, England, Hong Kong and Japan. Commissions and residencies 2003, 2004 Poster for Refugee Week, June, Leicester Voluntary Action 2003 Wall painting Studieforbundet Vuxenskolan (Adult Education), Stockholm, Sweden 2003 Wall painting Women's Refuge, Stockholm, Sweden 2003 One week workshops for Scarborough Festival of Youth Arts 2002 Two circular paintings (3m diameter), Leicester Adult Education College, UK. 2002 Temporary exterior wall paintings Tensta Underground, Stockholm, Sweden (3m x 8m) 2000, 2001, 2002,2003 , 2004 Tensta Marknad, Cultural Festival. Posters, cards and t-shirts. Stockholm, Sweden. 1999 Spanga/Tensta Council. Design of informative exhibition with four paintings. Stockholm, Sweden. 1993 Stockholm County Council. Six paintings for hospitals. Stockholm, Sweden. 1989 Invandrarverket. Monumental wall paintings . Karslund, Upplands Vasby, Sweden Languages spoken Arabic, Swedish, Russian, English Annual Exhibitions/ 2000, 2001, 2002, 2003, 2004, 2005 Open Exhibition, City Gallery, Leicester Derby City Open, Derby Museum & Art Gallery, Derby East Midlands Contemporary Art Auction, Djanogly Art Gallery, Nottingham Knighton Lane Group,Annual Exhibition, Leicester

2010 a hall at the Adult Education College, Leicester, was re-named Satta Hashem Hall to honour him.

2007 One Thousand Drawings and One Painting, 20-21 Visual Arts Centre,

2005 One Thousand Paintings and One Mosaic, An art installation, LCB Depot,

2008 Enlightenment Act I, The Blackie, Liverpool