An Acquisition of an Accumulation, 2017. 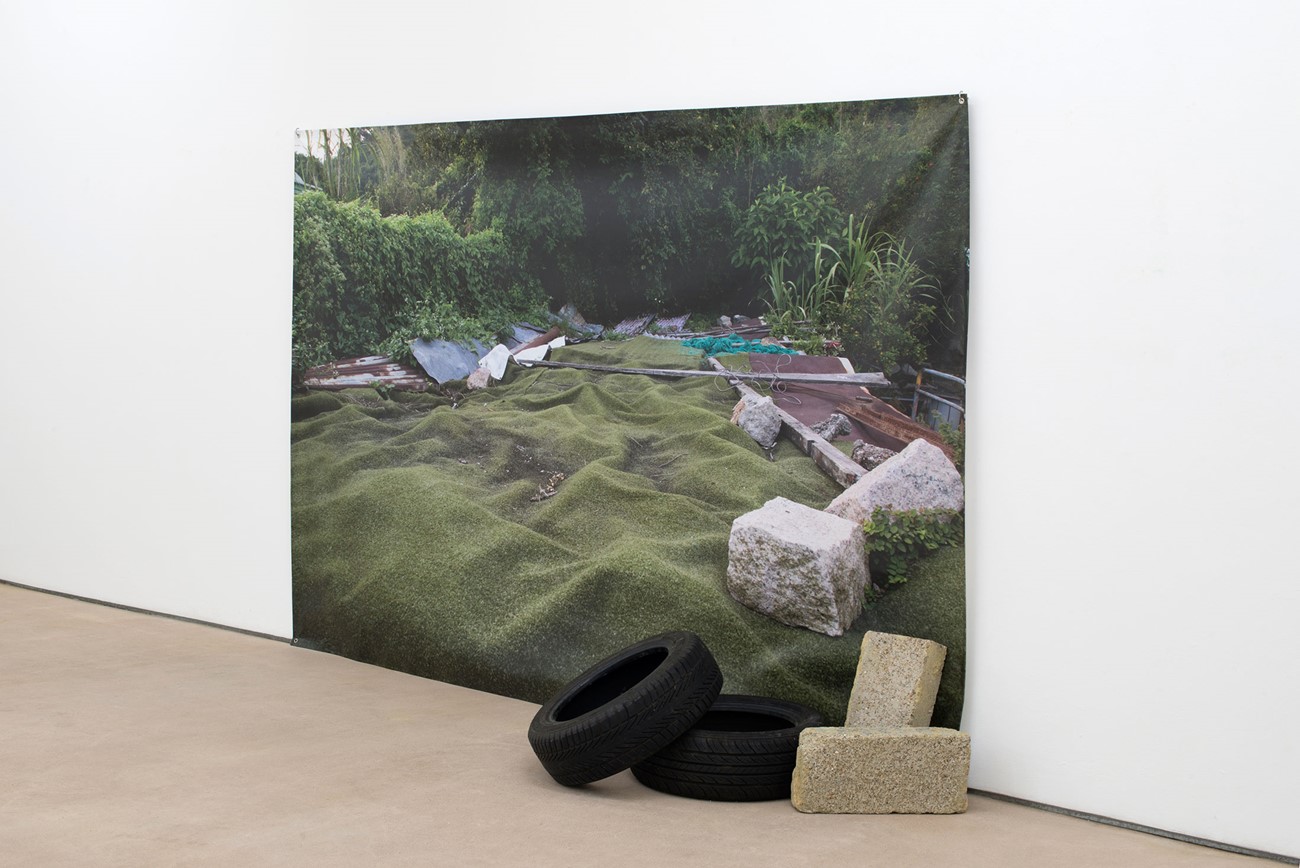 Oil on Canvas. A landscape painting of Hué based on Stanley Kubrick's set for the film Full Metal Jacket, in which a derelict Beckton Gasworks was transformed into wartime Vietnam. The painting is a montage of different shots and additional elements, focusing on ideas of the simulacra. 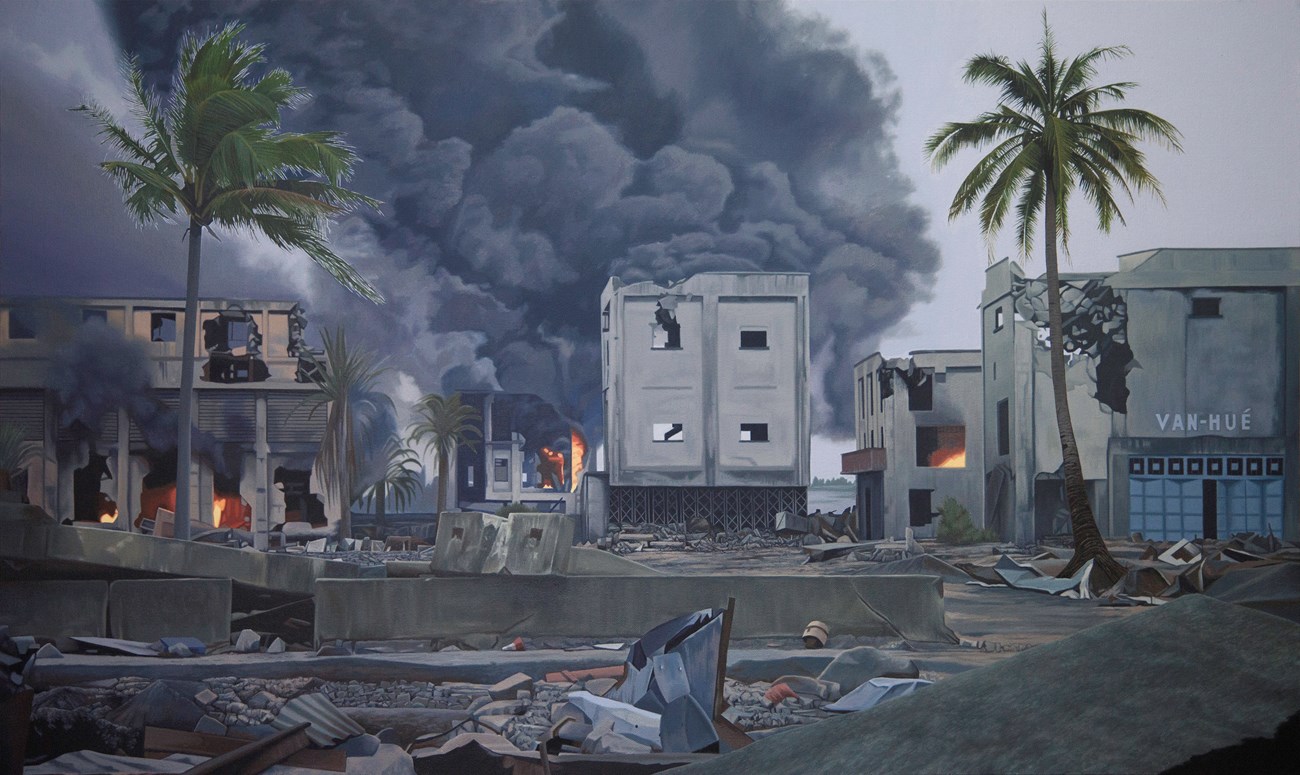 Needlepoint, landscape. From the series Out of Space: Confined by Design 2009-2017 A study of the architecture & landscapes of prisons, asylums & fortresses. Published by Exitstencil Press 2017 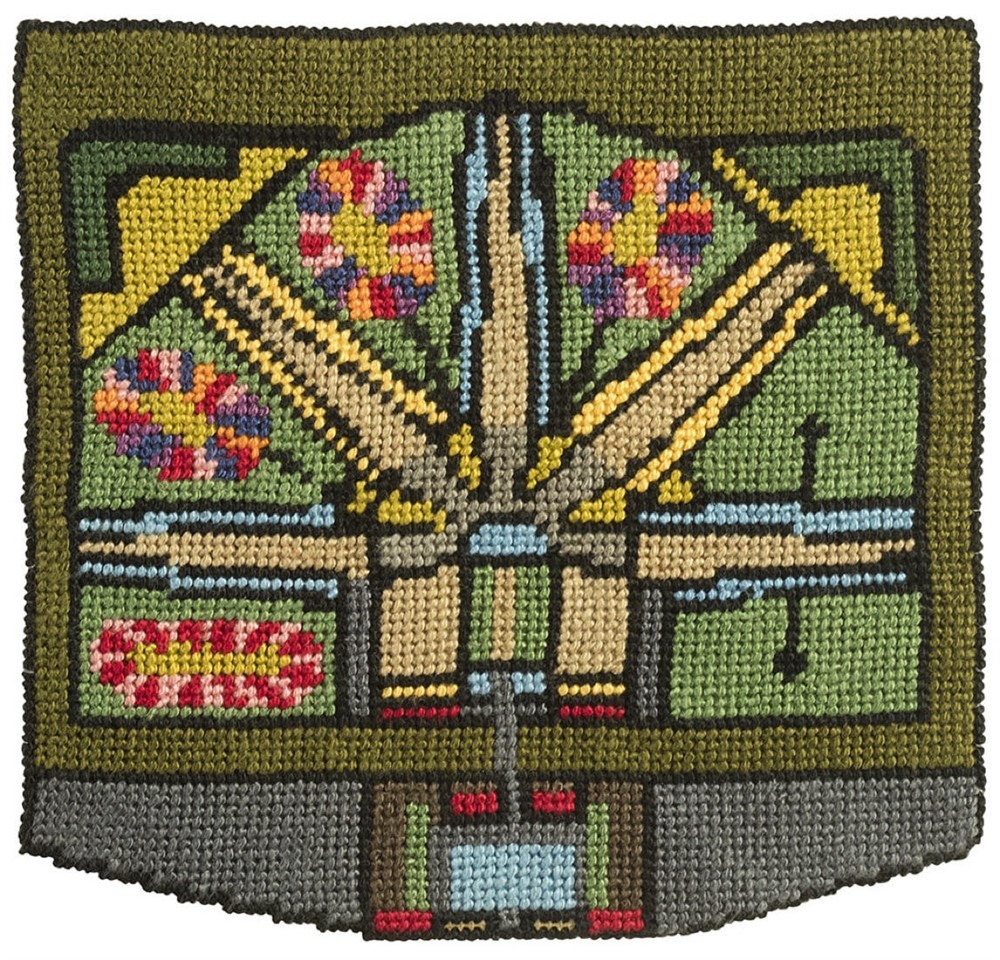 Four artists (Bridget Kennedy, Mair Hughes, Katie McGown and Olivia Turner) took up residence in the Ex Libris Gallery in the University of Newcastle upon Tyne in order to explore their shared interest in the legacy of industry in the British landscape. Over a five day period these artists will discussed their ideas, shared materials and created an installation using works in progress.

The project culminated in a chaired discussion between the artists and archaeology staff from Newcastle University. Excerpts form this discussion can be accessed on
https://blogs.ncl.ac.uk/bridgetkennedy/2015/04/30/questions-and-observations-from-the-audience-on-friday-17th-april/ 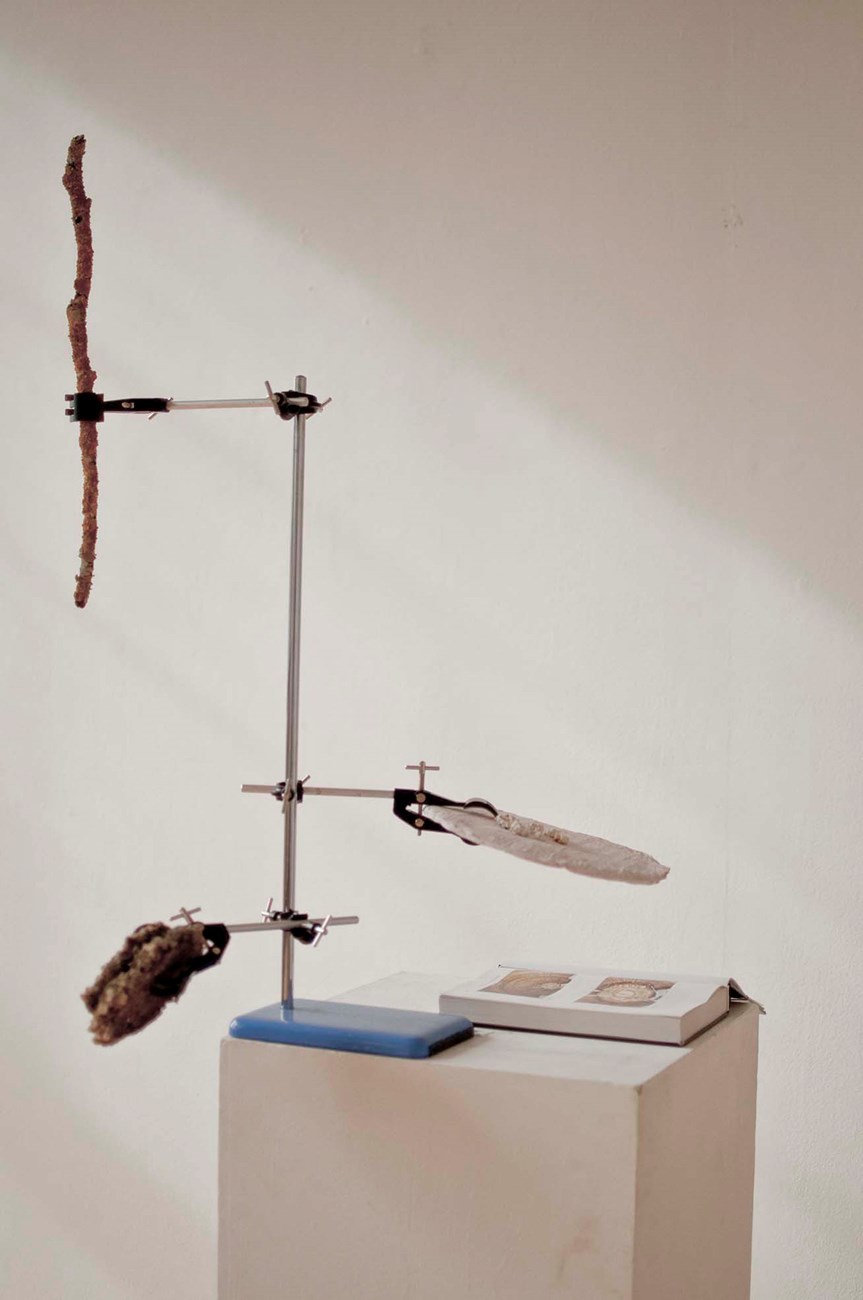 The series of jackets were made from canvases laid directly on the soil. Soil and stones were drawn round in charcoal, pencil and paint. The marks are created by the earth itself.

The landscape is not other, not separate; it enfolds us like a coat. We wear the landscape. 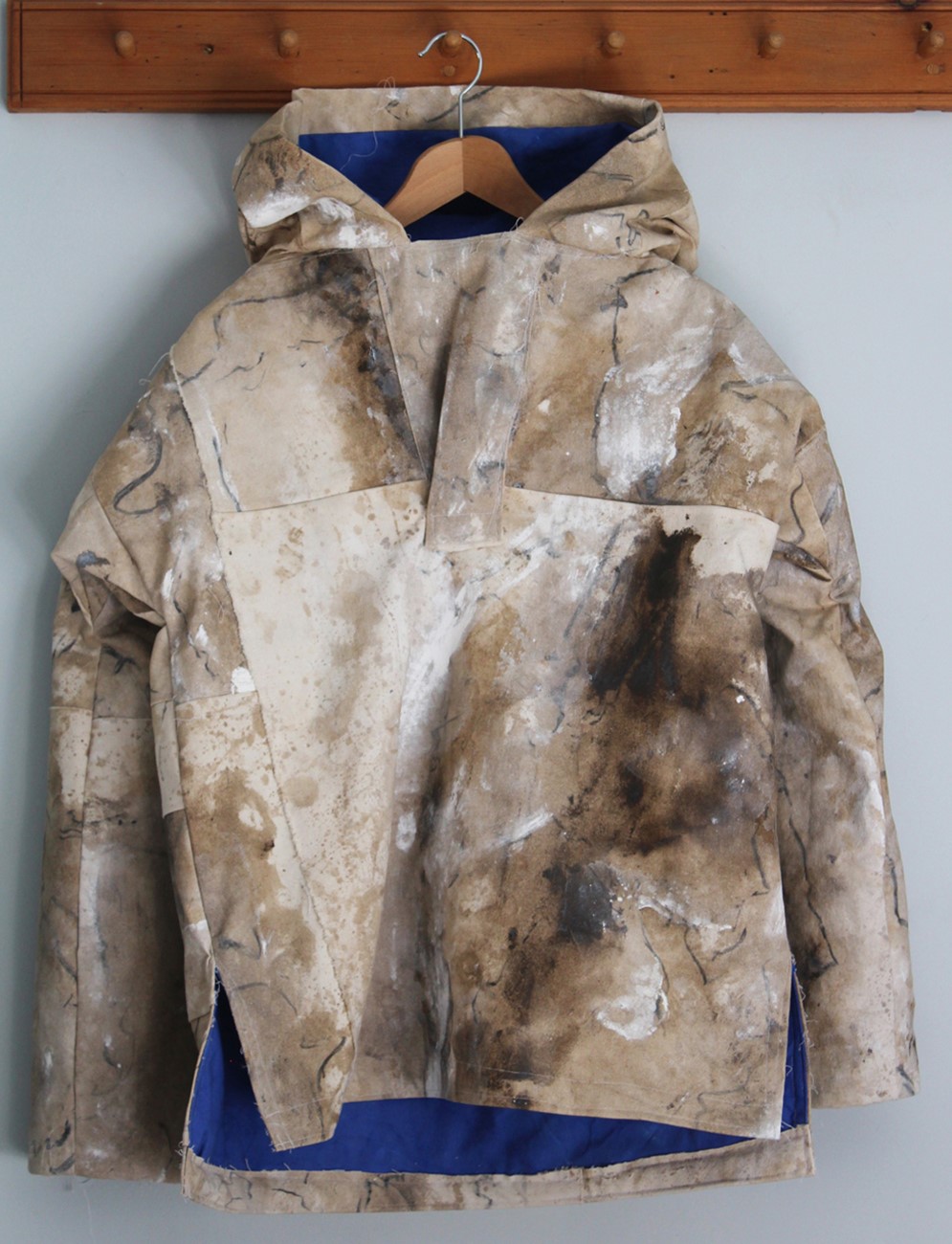