To conclude my time in residence at Roaming Room, I presented Horizon, a new body of works focused on alchemy and the arcane. Responding to the context of the space were a series of interventions which continued my research into the languages and gestures of Esotericism.

A repetitive intervention where the performers would repeatedly descend the main staircase exploring movement in reponse to the architecture.

Take Heed draws upon a battle of hierarchies and the game play of 'real tennis', one of several 'sports of Kings.' 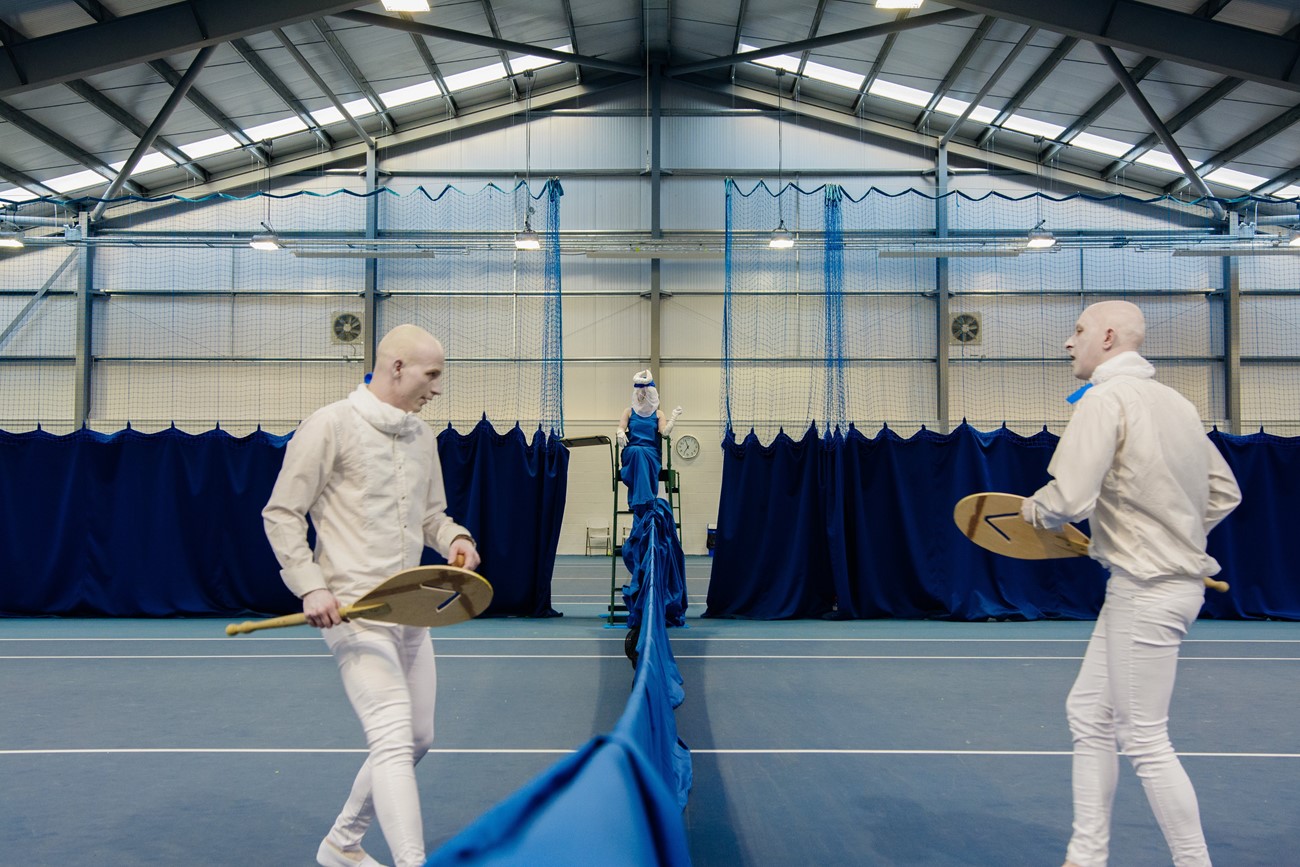 Conversation to a Concrete Wall

Inspired by the site of an abandoned petroleum factory the piece created a conversation between the concrete shell and its new inhabitants. Deconstructing the form of an opera the piece saw three performers use bullroarers to communicate with the ruins of the modern era. Bullroarers have been traditionally used in Scandinavia and around the British Isles are symbols of ritual and communication. (In Scotland the bullroarer is thought to cast a thunder spell.) This ancient form of communication created a new conversation which will build vibrations that travel beyond the old concrete walls and out to the island beyond, using the site as a space for an operatic vortex. Whilst using the sound and motion of the bullroarer the performers recited a newspaper article they have attempted to memorise earlier in the day. The article was about the PPP’s which talked about financial capital, investment and collapse. As the performers’ memories of the articles changed and the vocabulary began to get lost the information decayed like the site the performers stood within. 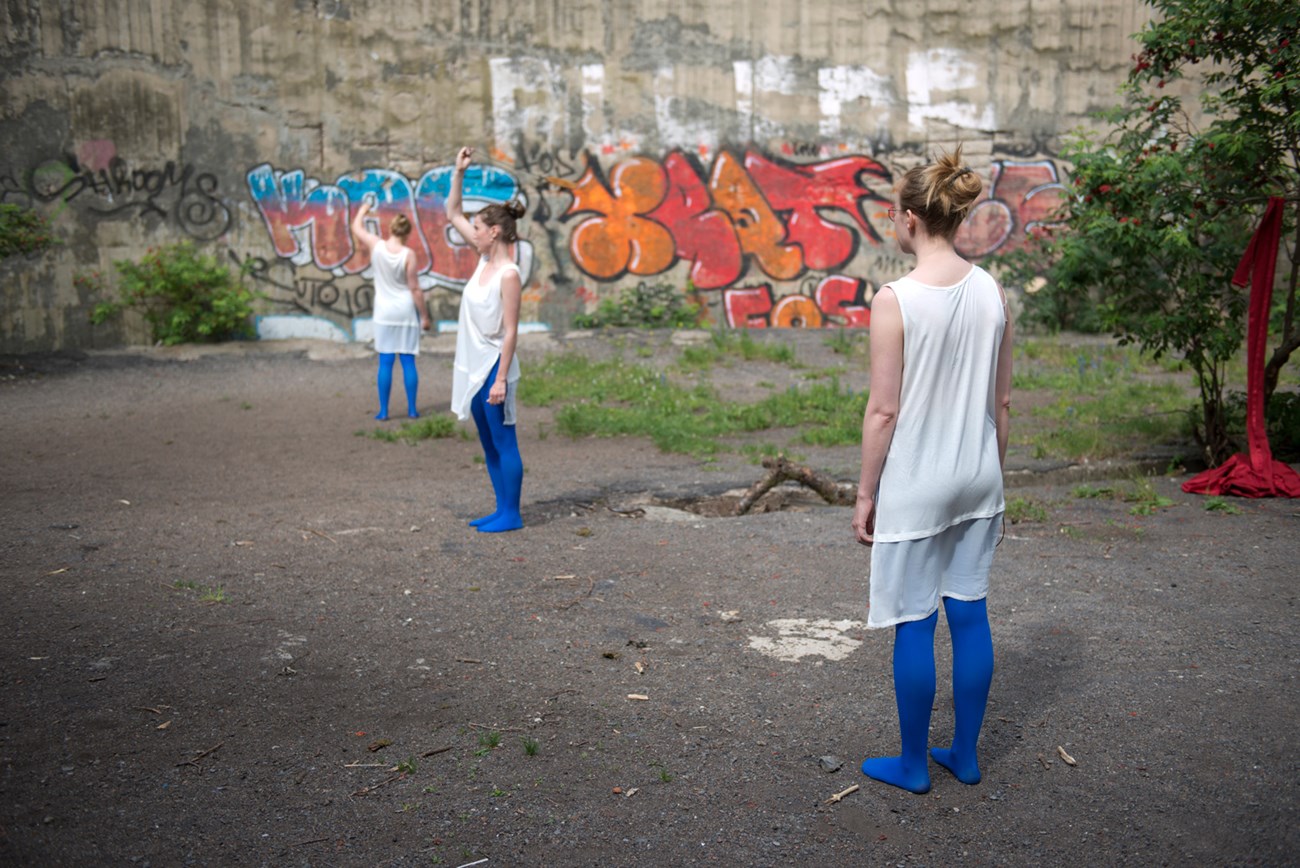 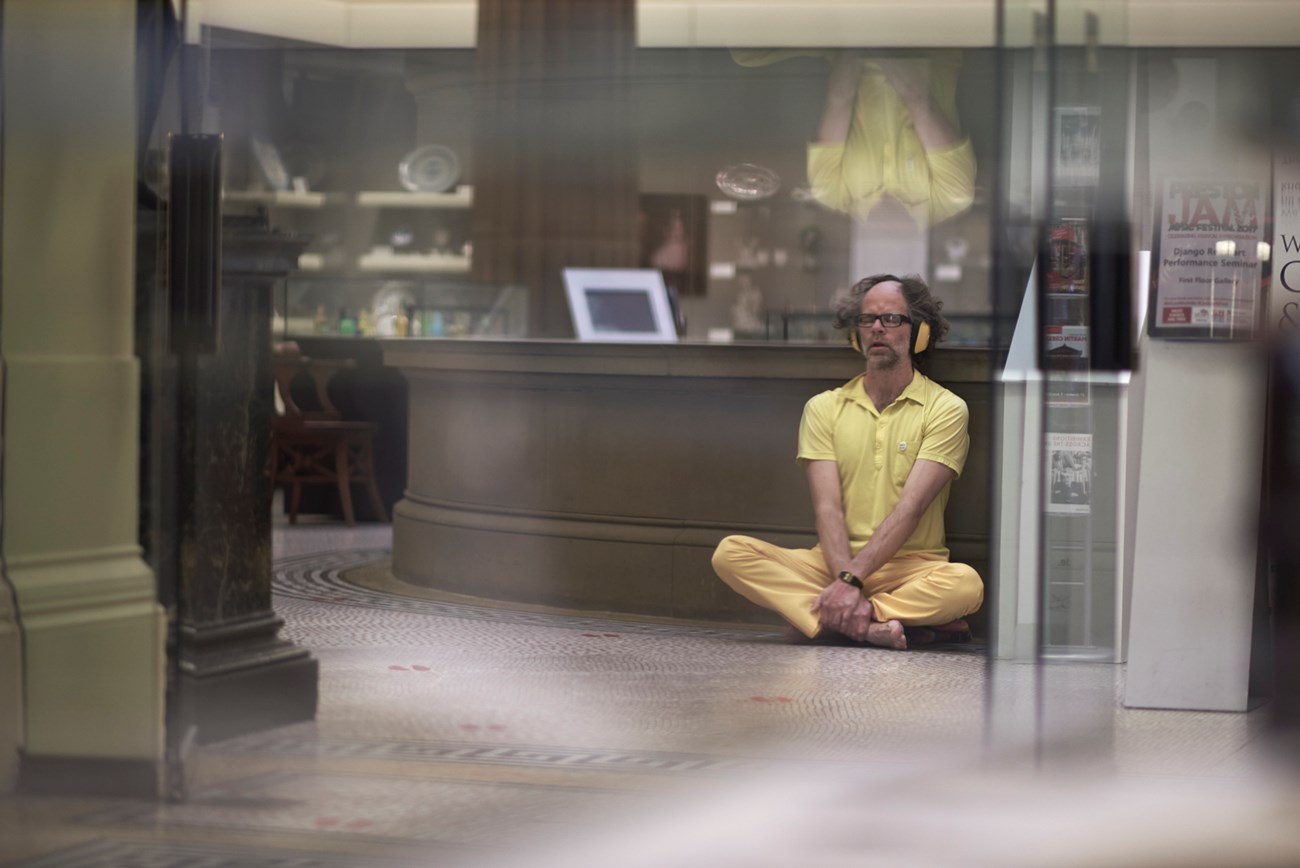