INHABIT is an artwork that turns an outdoor public area into a space with a more specific function; a temporary habitable public area. INHABIT invites the public to enter inside a structure and occupy it by using it as a meeting point where to eat, relax or take shelter from the winter season. INHABIT emulates an indoor public garden and simulates why public gardens are important to a community. It offers the public a space where it can put the routine and alienation of everyday life on hold and take time to slow down. 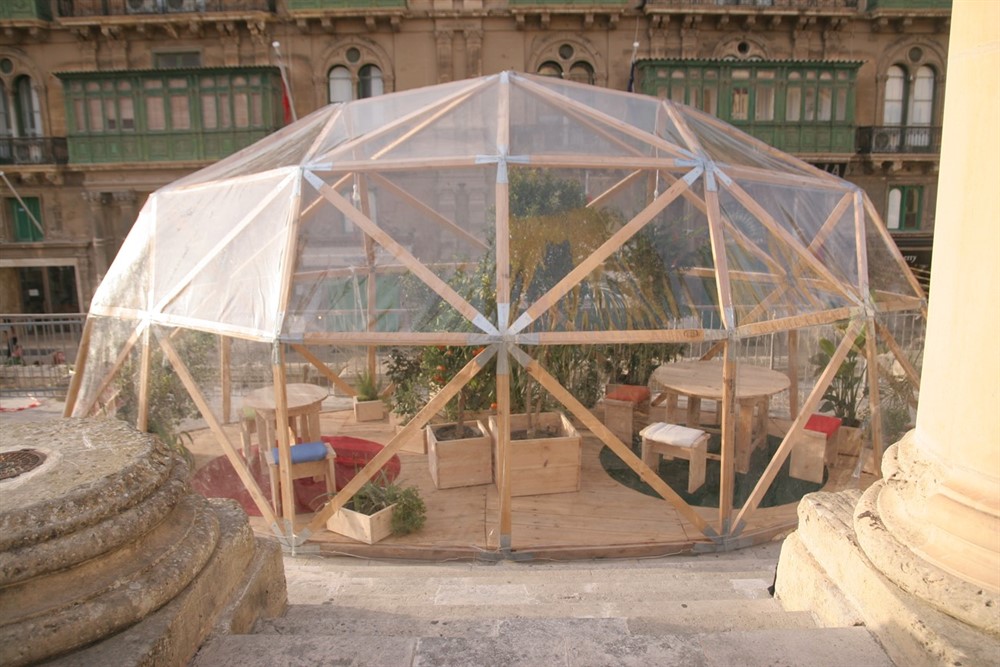 I gave a £300 artist’s commission to a member of the public.

The artwork is comprised of the process leading up to the giving of the boon, and the money itself.

Thirty-two people applied for the £300 by email, and their applications were printed out for exhibition at a local art festival.

Visitors to the event were able to vote for the applicant they wanted the money to go to by sticking small hearts on the printed emails.

Voting stopped at 5pm on Saturday 17th October2015 and the applicant who had the most public support was announced the next day.

The money enabled the applicant to visit her dying father in another country.

Site specific intervention at Penarth Pier, Wales, considering the history of the pier, its uses and peoples interactions.

A listening post for two was installed on the seaward end of Penarth Pier (where the old Bijou Pavilion used to hold dances before it was destroyed by fire in August 1931). It was an invitation to listen and dance, in a place now used for sitting and fishing.

The song being played 'I woz ere and so woz you' had been specifically produced for the work. The song was written and recorded in collaboration with Claire Nurse, Brian Sweeny, Jay O'Connor, Philippa Metcalfe and Will Hart. It was based on imagined stories and histories using names found graffitied on the pillars beneath the pier. 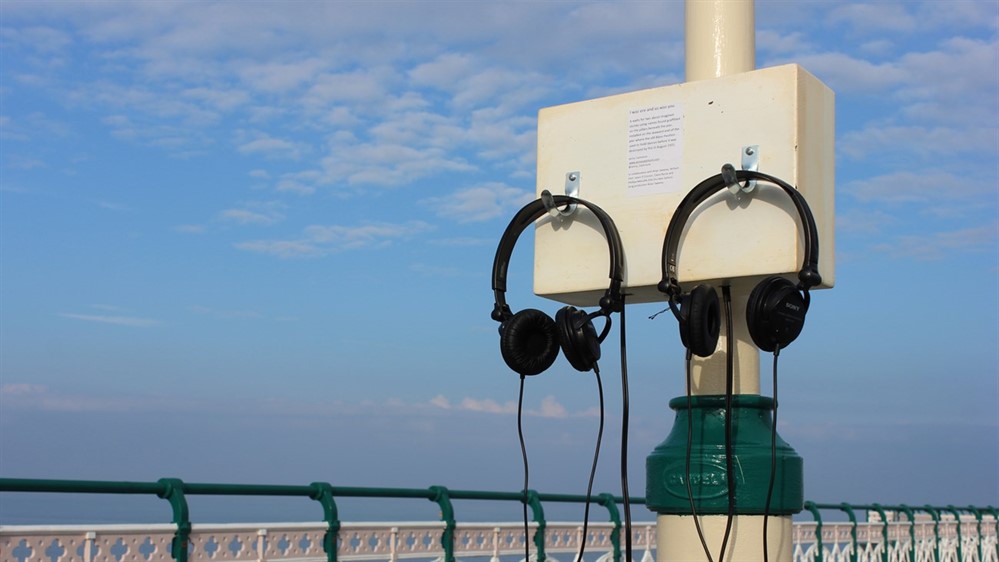 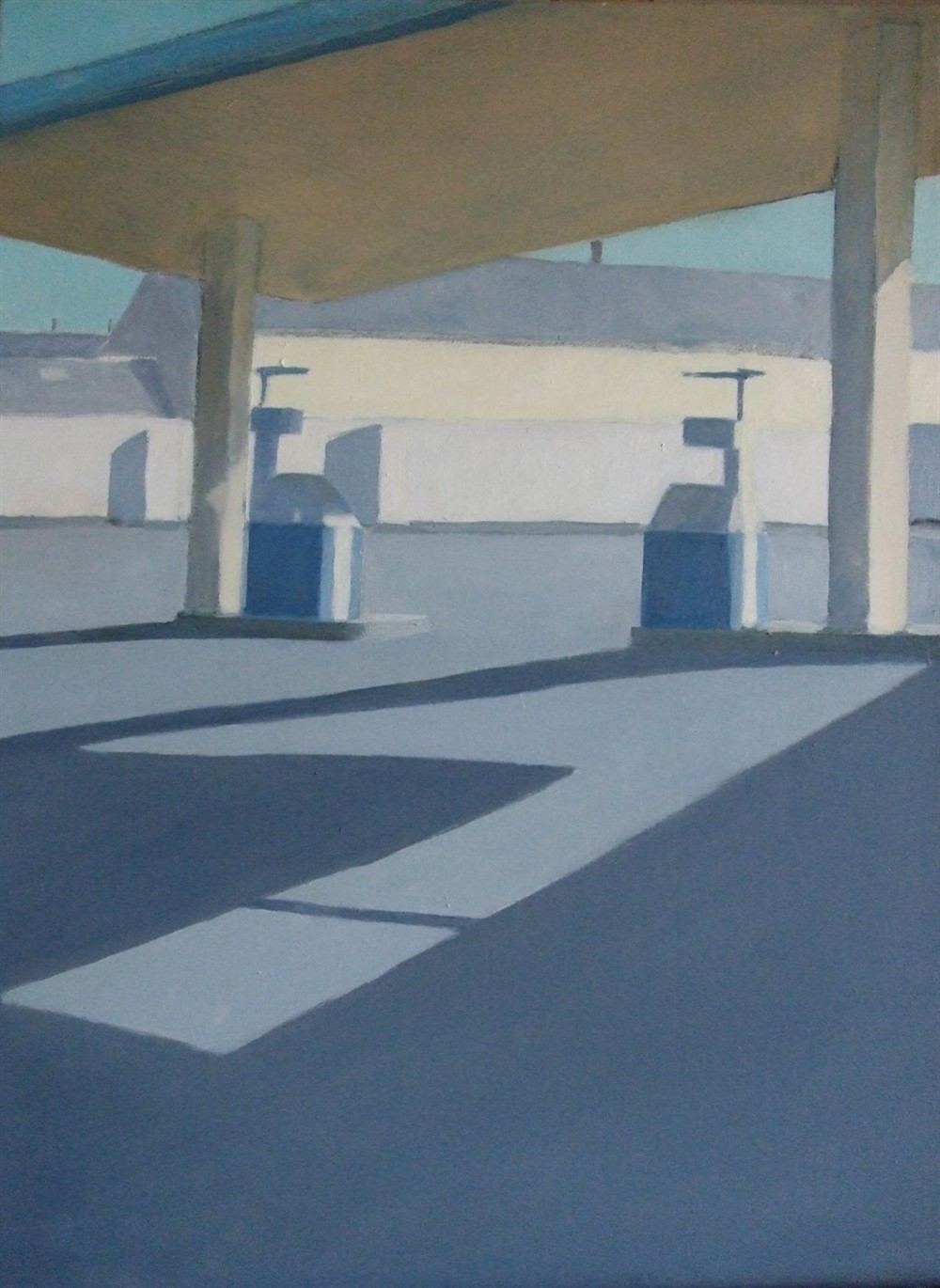 This video shows documentation of a intervention and installation in Ridley Road market in collaboration with clothing stall holders. The markets green striped fabric was repainted in gold shimmering stripes and then documented throughout a working day. 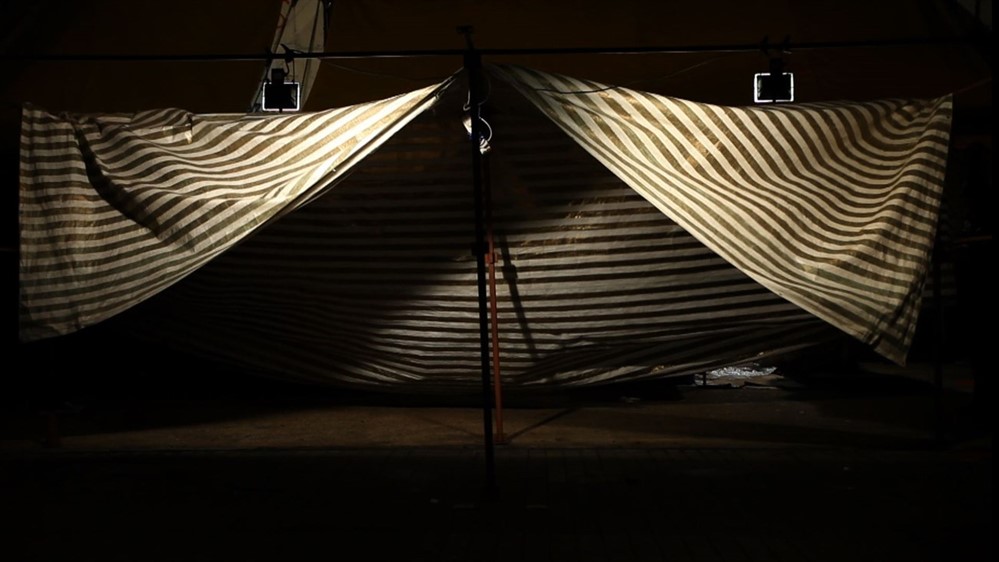